The theme that was chosen by the Senior Fellows and Fondazione 1563 for the first research cycle of the THP is:

Enlightenment legacy: the rights of man in a global perspective

The early nineteenth century was dominated by the consolidation of empires, the rise of strong national identities, of nation states and the so-called regionalization of the world. The project will explore the circulation of ideas, blanket rejections, metamorphoses and creative engagements that characterized the legacy of the Enlightenment in the global history of the nineteenth century.

While there is general agreement on the fact that Enlightenment, understood as a cultural revolution against the European Ancien Régime, bequeathed values, representations, ideas, practices and a vocabulary to the democratic politics and culture of our times, the ways and channels through which this transmission took place have not been satisfactorily investigated.

Tackling this historical problem obliges us to accept the challenge of Global Enlightenment, a new historical concept which captures the circulation of ideas and the creative and asymmetrical transcultural and interdisciplinary connections between different contexts, namely Europe and its modern empires. This line of enquiry will make it possible to fill a clear gap in current views of the “long nineteenth century” advanced by global historians.

The project intends to fill this gap by investigating, from a global perspective, key aspects of the relation between Europe and its empires, taking as its starting point especially the language of the rights of man, seen as the most telling and relevant legacy of the Enlightenment. For this purpose, three lines of investigation have been identified:

The project intends to elucidate the legacy of the Enlightenment in its many aspects, in order to better understand its enduring and controversial presence over time in the fields of politics, society, visual arts, law and anthropology. Furthermore, it aims to contribute to a definition of Global Enlightenment, a new historical concept with implications for world history but also for aspects of Enlightenment culture itself. Setting aside traditional notions of diffusion, which see the circulation of culture from Europe to the rest of the world in a one-way process, the project intends to investigate when and where, in China, India, Japan, in the Islamic world, elements that can be connected to the culture of Enlightenment first appeared: not merely technical and scientific modernity, secularization, progress and improvement of material conditions, spread of modern forms of the free market, liberalism, but most of all, the controversial affirmation everywhere in the world of the political and constitutional language of the rights of man and woman. 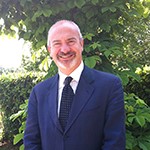 Vincenzo Ferrone is an historian of Old Regime and Enlightenment in Europe and he is Professor of modern history at the Department of Historical Studies at the University of Turin.